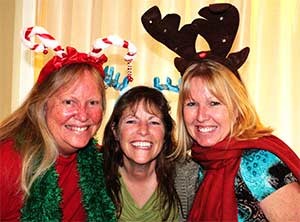 I began singing with Mt Melody when I learned that a women’s choir was singing in my daughter’s classroom after hours. She and I had sung together in choir while she was growing up, which probably influenced her career in music in the first place. As her mom, I enjoyed reconnecting with her after her college years, especially since she was pregnant with her first child. The extra time she puts in as a music and drama teacher along with a young family doesn’t allow her to continue, but I’ve met so many wonderful women that I’ve continued on. When all else fails, music lifts my spirits.
Lesley D., Member since 2010
Uncategorized
Posted on April 17, 2015